Isabella’s daughter, who works as a secretary in town, heard about Solar Sister and immediately called up her mum in Maduma, a village without power supply a few hours away. Woman to woman, the network started to grow.

Ever since then, Isabella has been marketing and selling clean energy in her own village and surrounding communities.

I didn’t know about solar, I’d never seen these things. My daughter Aisha thought it was a great idea. So she suggested they introduce solar here in Maduma village. I gathered other women to get involved.

Maduma village is about 3 hours from Iringa town, a regional center in the lush southern highlands of Tanzania. The area is known for its fertile soil and favourable weather. People here farm Irish potatoes, sweet potatoes, yams, maize, and sunflowers. Many also herd cows and pigs.

Most rural villages in this region are not connected to the grid. Efforts are being made by the government’s Rural Electrification project (REA) to get power out to remote areas. In early 2018 Maduma residents saw electricity poles and wires go up, but for most the connection cost was prohibitive.

At first, Isabella was unsure if she could make a solar business work. The products were new and unfamiliar: “It was strange – I wasn’t sure if I could sell. I worried: will anyone buy it?”

She raised the small amount of capital required to join Solar Sister from the profits from her potato farm. Solar Sister’s Anania Mwalo trained the group of women entrepreneurs in Maduma and continues to support and supply them with products.

William is a return customer who highly values solar power. He is a farmer and raises guinea pigs for sale. He bought five lights for his family and is planning to buy more in the future.

I’m known for using solar here. I use the lights for my family – we light them at night and they stay on til morning. I bought my lights three years ago and they still work!

Prisca, who cooks and sells chip omelettes at the local pub, is also pleased with her purchase. She says the solar light is strong and attracts customers to buy her wares. She’s also  saving money now she no longer buys batteries for a torchlight.

Isabella’s enterprise can be seen throughout Maduma village. If you go the center you will see the local shop lit up by two small solar lights, the local pub has a solar light shining and you see people walking with small lights in hand.

Isabella herself uses her solar home system to bring in a little extra income by charging people’s mobile phones for a small fee.

The community sees me differently, as if I have a little bit developed. I can buy fertilizer to put on my farmland and I get bigger and better yield, which makes business better.

Because there is extra income coming in, Isabella and her sons no longer have to work other people’s land for cash. It’s an upwards spiral: “We plan time to sell solar and then we farm our own fields and sell our produce.”

Isabella says she is happy her daughter Aisha found the opportunity. She knows it’s a women’s network that creates change here. In her words —

The men – a large percentage – leave women to do all the work and to bring up the children. The woman is the home. 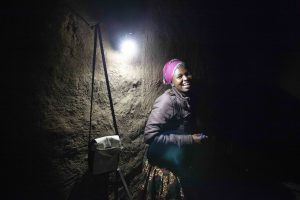 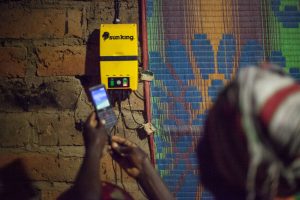 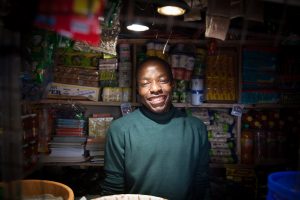